How To Make The Perfect Burger 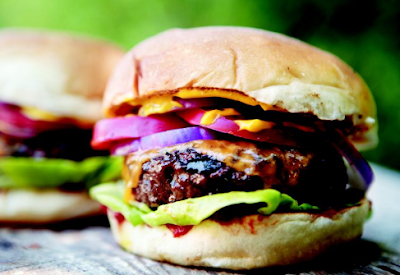 With many people ready to shoot up the grill and steel plates in their backyards, it's time to find a way to make the perfect burger American.
So I ask Joe Isidori-the owner of the Black Tap, tap burgers and beers, and win two times of the people who won the choice of the citizens of New York City wine and food festivals to bash burgers — to share his thoughts.
This is his tip.
The Meat
#1: GET HIGH-QUALITY, FINELY GROUND MEAT
“Preferably 100% American beef produced by Creekstone Farm—which is a certified, all-natural product.”
Be gentle, don't over handle the meat. ALEKSANDER MICHAUD, MADONNA+CHILD
#2: NEVER SQUEEZE OR OVER PACK THE MEAT
“Gently form the eight-ounce patty so it won’t toughen the protein or dry up the meat.”
#3: GRILL OVER CHARCOAL, NOT GAS
“Generally, I prefer to griddle the meat that’s not exposed to open flame to create a crust-like texture. But if you must grill, then do so over charcoal since it retains a higher cooking temperature than conventional gas grills. It will impart a better sear (flavor) to the burger patty."
#4: COOK THE MEAT TO CHEF’S MEDIUM
“Chef’s medium generally means it’s somewhere between medium rare and medium. For a 1.5-inch patty to be cooked perfectly, it normally takes four minutes per side.”
Lightly season the burger patty with kosher salt. ALEKSANDER MICHAUD, MADONNA+CHILD
#5: SEASON THE MEAT WITH KOSHER SALT
“I like to keep things simple, so stay away from pepper or sea salt, because the pepper’s taste is too harsh and sea salt has moisture in it.”
#6: DON’T OVERFLIP
“Timing is everything when it comes to making the perfect burger. Try to flip only once so there's enough time for the patty to form a crust. (Usually, that's about four minutes on each side to form a crust with great flavor and texture.) But don’t worry if you flipped a little too early or too late, just make sure the total time is roughly around eight minutes.”
Don't over flip if you want this perfect crust. ALEKSANDER MICHAUD, MADONNA+CHILD
The Bun
#7: USE A STANDARD BUN
“By standard, I'm referring to the most generic type of burger and potato bun by somewhere old school like Pepperidge Farm or Martin’s, which toasts well and has a nice, sweet flavor. I’d stay away from anything fancy like pretzel or brioche, since they are pretty dry and compete with the flavors of the burger itself.”
Lightly toasted bun ALEKSANDER MICHAUD, MADONNA+CHILD
#8: LIGHTLY TOAST THE BUN
“Typically, I would spread a little bit of butter on the bun and toast it for no more than a minute or two after the burger patty is made.”
The Rest
#9: CHOOSE AMERICAN CHEESE
“Hands down, the perfect cheese for burgers is American because it has great elasticity, melts well, and gives you that beautiful, cheesy pull after each bite.”
Melted American cheese. ALEKSANDER MICHAUD, MADONNA+CHILD
#10: PICK THE RIGHT GARNISH
“Like everything else in a classic American burger, simplicity is key. So when it comes to garnishes, I’d go for classic accompaniments such as green leaf lettuce, a crisp slice of tomato, plus a kosher dill pickle on the side. Remember to go for green leaf lettuce instead of iceberg lettuce, because it’s more crisp and herbaceous with less moisture. Keep the tomatoes thicker for a more unctuous bite.”
Classic accompaniment ALEKSANDER MICHAUD, MADONNA+CHILD
#11: DON’T USE KETCHUP
“At Black Tap, we like to use a kicked up thousand island sauce with chipotle and Korean pepper. But for those at home, I’d generally stay away from ketchup because it’s too acidic and takes away the true flavor of the burger. Go for mayo with a splash of ketchup and hot sauce instead.”
Ready to eat! ALEKSANDER MICHAUD, MADONNA+CHILD
As a quick roundup, here’s a step-by-step guide according to the burger expert.
Loosely pack patty.
Griddle the meat after seasoning with kosher salt liberally.
Sear for four minutes on each side.
Place the cheese on top for it to melt.
Toast the bun for a minute or two.
Place the meat (with melted cheese) on the bun.
Assemble with the rest of ingredients.
Add sauce, pickle and other desired accompaniments on the side.
Burger Recipes

Popular posts from this blog

The Best Black Bean Burgers I’ve Ever Had 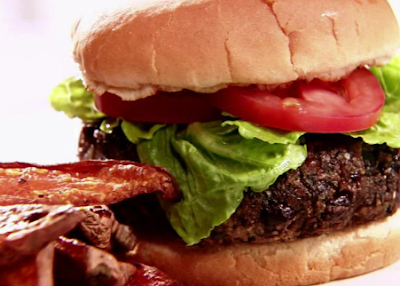 Between homemade restaurant and shop These are the best black bean burger I've ever tried. With a good review of the taste tests around the world, I am sure you will be satisfied with this vegetable burger recipe! The trick is to partially dry out the black seed so that the burger does not taste it. Roast or bake a black bean burger and enjoy plain bread or salad. They are large, thick and are cute, and even meat is these addictive.
Earlier in the summer, with a family holiday in mind, I made a series of things that I believe would be the best black burger ever or at least the best black bean burger I ever had. The goal is to have an option made from a little tasty homemade for the night, we grilled burgers and hot dogs. My helper Hilari has visited and we can not believe their flesh, the taste is incredible and the overall comfort of getting ready. I expect good but not this good. Really love them too, which... I do not know the sort of surprise me because he loves beef and this i…
Read more